The Decade in Review

Lately, I’ve spent a significant amount of time thinking about my career: what I’ve done so far and what might lie ahead for me.

To gain some perspective, I’ve decided to journal some of the things I’ve done over the last decade, and to share that with you.

So below you will find some of my projects for the Cocoa community, as well as the highlights of commercial work I enjoyed and can talk about (NDA’s).

Two years prior I’ve moved from gamedev to iOS.

In those 2 years I’ve created many projects, most memorable:

I was a pretty decent engineer by the time I started working in mobile since I did a lot of complicated things during my gamedev years, like my own UI, Physics frameworks, WYSIWYG editor and full 3D game engines. Years later I’d learn that the company I worked with used my portfolio to win project bids 😂.

That being said I remember being a pretty bad team player since I never really worked with other people before, so this was the time where I learned a lot in regards to teamwork. The way I think about seniority and teams today and when I started commercial work couldn’t be more further apart.

I’ve always worked on my own ideas because programming has always been my biggest passion.

During my first years I’ve met a great designer Mariusz, with him and his equally talented partner Renata we have established an Indie studio called Pixle, our goal was to build apps for kids that increase creativity rather than dampening it.

Our first app was a chalkboard simulator called Bord, the app was featured by Apple many times and was one of Apple Staff Favorite. People seemed to love it 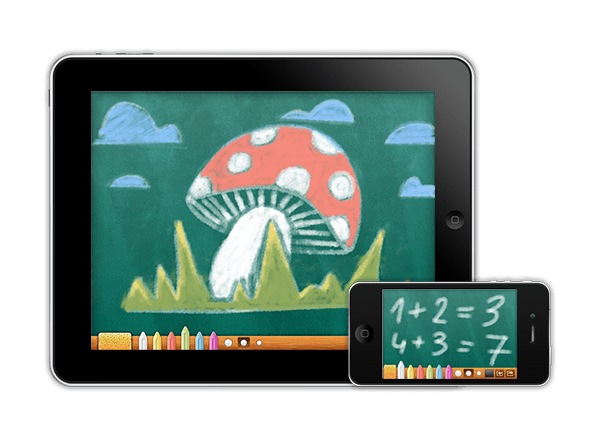 I’ve decided to move to London, UK and joined a creative agency The App Business. I’ve joined as a Senior and then got promoted as a Lead Engineer, people at the agency were very friendly and we had some amazing talent:

to name just a few.

I got to Lead many interesting apps, the two I remember most clearly were:

I’ve started open-sourcing some of the tools that helped me develop more effectively, examples include:

At the end of the year, my new Indie app Foldify was released

The application was a huge success:

The first memory of this year was seeing Flipboard talk at NSConference 5 where they showed how cool their tools are, but weirdly they didn’t open source anything.

One of the cool things they showed was overlaying application information on top of the icon, on a train back to London I’ve blogged about how to implement that feature and then open sourced it

This was my first open-source project that garnered community attention, appearing in iOS Dev Weekly.

The 2 bigger open source project’s I’ve released that year were:

At the end of the year, I’ve decided to come back to Poland.

I’ve got invited to speak at my first international conference on NSSpain by Luis. My talk was about developing Foldify

It was an amazing experience and I met so many wonderful and inspiring people in the community, I especially remember meeting Orta, Peter, Sommer, Boris, Chris but there were plenty of others.

I don’t know how my life would’ve ended up if I didn’t get that invite, I’m forever grateful!

I did over 50 talks around the world since.

I’ve also released another Indie app that year, Apple has featured it in many categories, it’s called Storest:

I did a lot of open source and community work those years:

At the end of the 2014, I’ve joined Mashable. Frankly, it was an amazing and focused team on both the Engineering and Product side:

Our CTO Robyn was the most approachable boss I’ve ever had. I got to work with Jim and Sami which both are amazing engineers.

At Mashable I’ve worked on a Video-based application for content creators, it was a really interesting project:

I’ve joined The New York Times as a Lead Engineer. It was an amazing opportunity because the company has decided to rewrite their main application (Newsreader) from scratch in Swift before I’ve joined, but they didn’t start on it yet.

I’ve got to work with a lot of amazing people:

This was a great opportunity to not only do achieve some technical goals but also establish a great team culture.

I wanted to lead by example and make everyone feel like the any ideas we decided were decided together, there would not be a situation where I’d enforce anything, instead I focused on proposing a lot of ideas and providing proper arguments behind them.

Some of the higlights:

Shortly after joining I had the pleasure of doing a talk in Prague at mDevCamp, I decided to tackle a topic that wasn’t getting a lot of attention (back then), how to create a good iOS application architecture.

This talk would become one of the most viewed iOS talks in the world with over 80 000 views.

I’ve stayed a very hands-on lead, we decided to split our main team into multiple feature teams as our numbers grew somewhere around 2018.

I joined Platform team, which focuses on dev tooling and frameworks for all mobile products in the company, so something I’ve always done after-hours anyway.

I still remain one of the highest contributors to Newsreader:

Outside of technical leadership, I’ve focused on creating a improving developer experience for my teammates through innovative architecture and tooling, some of the things I’ve liked the most:

I did a lot of talks over the last few years, but I’ve also open-sourced quite a few tools, most notable:

It has been a crazy decade! When I moved on from game dev to mobile I’ve never planned to be so active in the community but seeing great folks like Orta, Felix, Peter, Soroush and Nick Lockwood share so much of their experiences with others I felt inspired.

Sharing ideas and helping other developers through open source tools and frameworks has been one of the most rewarding experiences of my life.

I got the privilege to travel the world to talk about those ideas and tools, I met so many interesting engineers on my travels, many of whom I’d like to consider friends.

I’ve personally touched codebases of around 50 apps, but that fades in comparsion to the fact that the tools I’ve created power up more than 70 000 applications.

I feel like to be able to improve the developer experience you shouldn’t be isolated from feature work. I’ve always found that experiencing the pain points is what lets me come up with all those ideas on how to fix it.

This is why at The Times I’ve established an idea of rotations so that Platform developers change teams for some time so that they can work on features and experience issues first-hand.

I’ve no idea where I’ll be in the next decade or what I’ll manage to accomplish but I’m looking forward to whatever challenges await me.

One thing is certain, I can’t imagine a life in which I’m not creating or problem solving…

Want to make your team more efficent and to have better Developer Experience?
I can help with that.